Congratulations to Kavanagh's Class Act students Sophelia Hook and Sophie Whibley. Profiles of the students, written by Margot Taylor can be seen below.

Sophelia says she has been excited about playing violin since she first picked one up when she was 3-years-old. The young musician's passion for the instrument is behind her determination to gain a place in the National Youth Orchestra next year.

Sophelia has already achieved huge success in the musical world, gaining distinction in her grade five violin exam (2017) and being placed in the first violin section of the New Zealand Secondary Schools Symphony Orchestra (2017).
She is also an artist off the stage and particularly enjoys painting. ``It's kind of a break from all of the intense subjects and I just love being able to create something which will last a long time.'' She describes her work as colourful and inspired by surrealism. Her biggest challenge was changing schools in 2015.
``I am so glad I did it though Kavanagh has provided me with so many opportunities.''

Sophelia takes the opportunity to teach others as often as she can teaching violin to people aged 7-50 and participating in street appeals and voluntary community groups (2016). The highlight of her year was participating in the New Zealand Secondary Schools Symphony Orchestra for the final time. ``It's cool having an orchestra full of young people. ``I've been seeing some of the members since year 9 and they live all over New Zealand which is pretty amazing.''

Next year she plans to apply her creativity to a degree in Architectural Design at the University of Victoria in Wellington.

Singing in a school musical when she was nine changed the course of Sophie's life.

The vocal talent of the Kavanagh College Head Girl was recognised by a member of the audience propelling her on a path of musical and academic stardom.

In 2015 she starred in the Taieri Musical Society's production of The Sound of Music and was the female lead in the Kavanagh College Bugsy Malone production this year. As well as taking on the role of head girl this year she also began learning tap dancing which was proving to be ``lots of fun''. But it is her role of head girl which she is most proud of. ``It's not like I go around telling everyone `hi I'm head girl', but I'm really proud to own that title.'' The role did not come without challenges. ``Being a school leader you can go against some peoples opinions but if I know in myself I did the right thing it's easier to deal with.''
Sophie also thrives academically and achieved both NCEA level 1 and 2 with excellence.

While she admits she is not ``the biggest fan'' of bible studies, she finds learning about other religions particularly interesting and hopes to study religious studies and music at the University of Otago next year.

Ultimately she plans to become a teacher and is not ruling out returning to her school in that role one day. 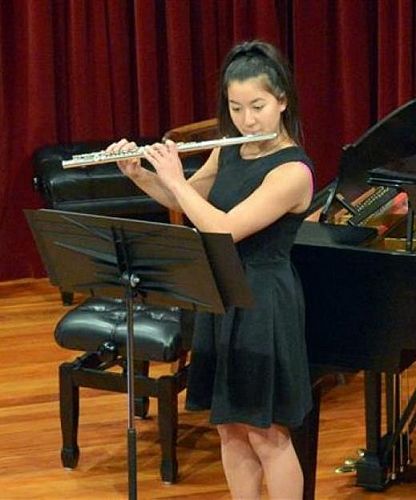 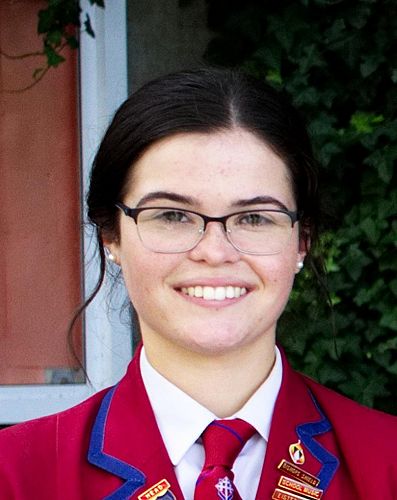