We fundraised throughout the year with market days, a Quiz night at Kensington, an art auction at St John's Church, a car wash at Beaurepaires and sausage sizzles, etc.

We left Dunedin early on the 4th of July and drove to Christchurch. We then flew to Auckland. The following day we had a three-hour flight to Port Vila, the capital of Vanuatu. We were greeted by Neville and Martin (who are from New Zealand and work in Vanuatu) who gave us cold water, which was appreciated, and a lei. We found out very quickly that the Vanuatu climate is very hot. We got on a twenty seater plane and flew to the village of Wintua on the island of Malekula.

We stayed at South West Bay school for eleven nights. Everyone there was very friendly and welcoming. Once we arrived in Malekula the Principal and senior students set up a huge welcome ceremony where we were given a SaluSalu (proper name for a lei). It was then all about creating a bond and having some fun with the local school children. We had taken some nerf vortexes (which they loved and were very good at), footballs, rugby balls and frisbees with us. We also had a guitar which we would leave with the school. In the next few days we visited some of the classrooms throughout the school and observed as they were learning… while trying to adjust to the new temperature. Some of the group also visited the kindergarten.

We also travelled around some of the other villages on the island. At each of them we planted a tree - which in their culture symbolises a bond being formed. We gave each village a New Zealand flag to remind them of us and that we will return. On the last day we were on Malekula, the boys were given locally made shirts and the girls were given traditional island dresses made from the same material. This was a great honour and we wore them on the plane ride back to Port Vila. We were all disappointed how fast the time we spent there went, we would have been happy to stay longer.

For the next four days we stayed in Port Vila to go shopping, see some of the resorts and tourist attractions and get some much needed rest. On the 22nd July we started to make our way back home, we flew from Port Vila to Auckland wearing the island dresses that we had been given.

This was definitely an experience that we will never forget because of the bonds we had made with the local people and everything they had given us to make us feel welcome. We can’t wait to go back in two years time. 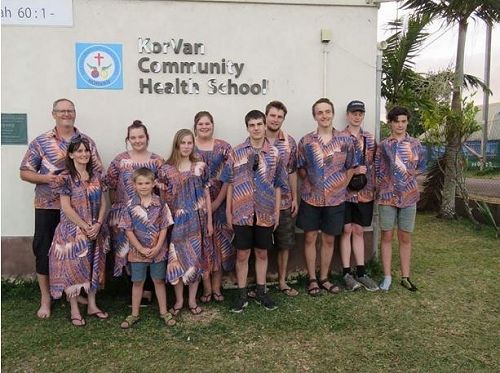 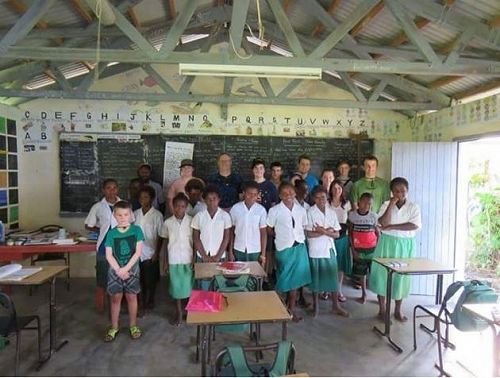 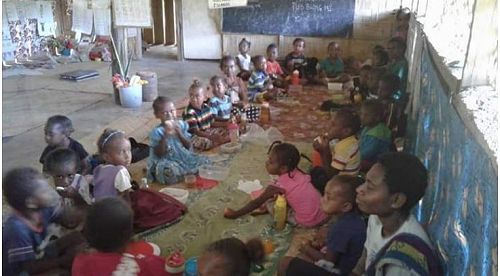