The Dunedin Youth Orchestra is trying something new...

The orchestra, with which Kavanagh students have a long history, is trying something new this semester in addition to their usual concert (which is taking place at Knox Church on Saturday 23rd September – ‘Immortal Beloved’).

Because it is a ‘youth’ orchestra, they want to do something that has more appeal to younger people so they are holding a ‘taster’ concert – ‘Romantic Underground’ - at an underground venue on George Street (next door to the Bivouac shop) on Friday 15th September. The concert is at 9pm that night and is free but, at the same venue, there is also an open rehearsal between 6pm to 8pm that High Schoolers are encouraged to drop in to if they would like to see what it would be like to be part of a youth orchestra.

It should be a pretty cool show with some fancy lighting planned too. 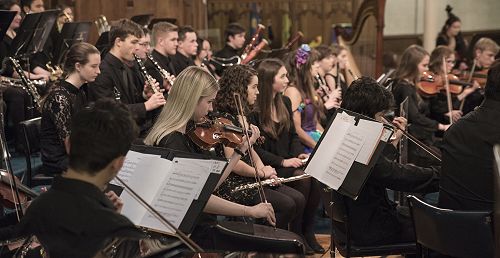