He competed in both the Soccer Section (as part of a mechatronics team, the Visionaries, with two other students from different schools) and the Theatre Section on his own with his “Haunted House of Horrors” entry.

Tobias came 1st in Senior Theatre and 3rd in Senior Soccer. Tobias and his Visionaries teammates built the two robots they used in the soccer competition themselves. Each robot included a Raspberry Pi and two Arduinos and was programmed using a variety of programming languages.

Tobias’ theatre entry (“Haunted House of Horrors”) told the story of a ride at a fun park and included 2 Lego EV3 robots (a Zombie and a Cart) and 2 Arduino robots (the Spiders/Carousel and a Coffin). As the cart moved around the attraction, the person inside encountered a variety of scary experiences - giant spiders that randomly climbed up and down their webs, a skeleton carousel that spun backwards and forwards, a coffin that opened from time to time to reveal skeletal remains and a zombie that emerged from a tombstone and then chased the cart around swinging its axe and shooting at the vehicle.

The theatre section also requires human involvement so Tobias decided to play the role of the grim reaper and the whole performance was accompanied appropriately by spooky music. 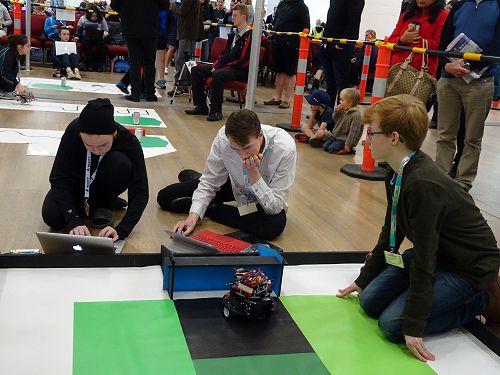 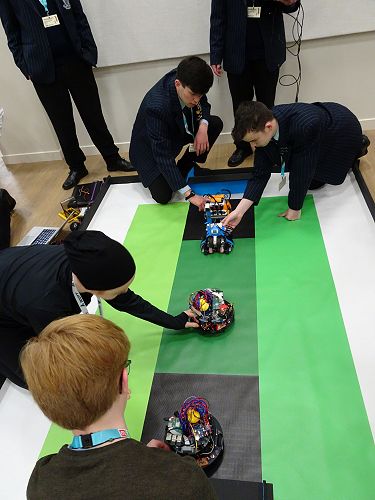 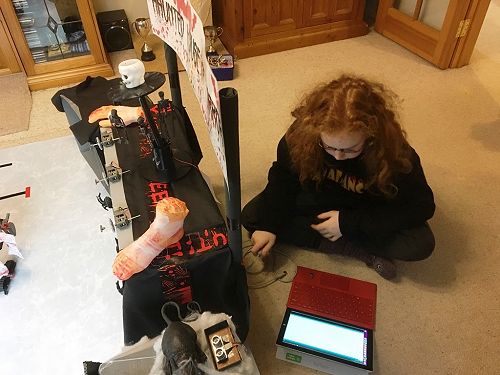 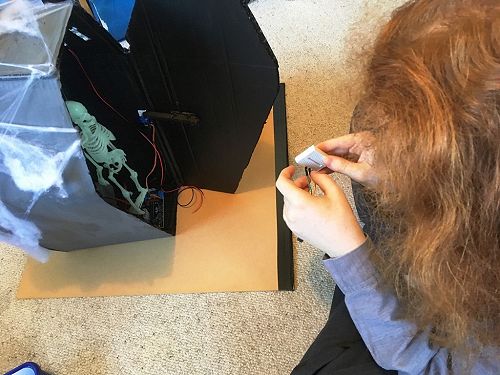