Last week in the Catholic Church, was the week where a focus was put on Laudato Si’ - On Care for Our Common Home, the 2015 encyclical by Pope Francis.

It is timely then, that we acknowledge the work that Hailey Xavier (Year 12) has been doing to promote stewardship of Earth through her work within SS4C.

Hailey has this to report about her recent involvement:

School Strike for Climate (SS4C) was a movement started by Greta Thunberg, a 16-year-old in Sweden, when she stood outside of her parliament with a placard, protesting the ways her government is ignoring the pressing issues of climate change.

I joined the movement late last year, and since then, I have been involved in planning strikes, speaking to press, and talking to journalists for articles.

Last month, May 15th we were planning on having a full strike, but instead, we had an online strike, where we encouraged people to strike from home by putting placards in their windows and by chalking their driveways.

In Dunedin, at 6 am, my team and I went down to the Octagon to do just that. We spent the day placing placards and chalking the pathways, and the entrance to the Council building which Mayor Aaron Hawkins walked in and out of throughout the day. We attracted quite a lot of media attention and had an article in the ODT the following morning. Nationally, the day was covered by 1 News. 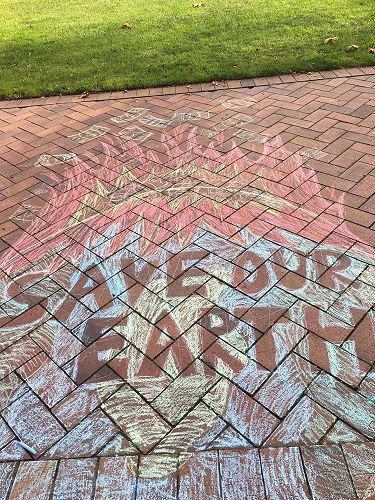 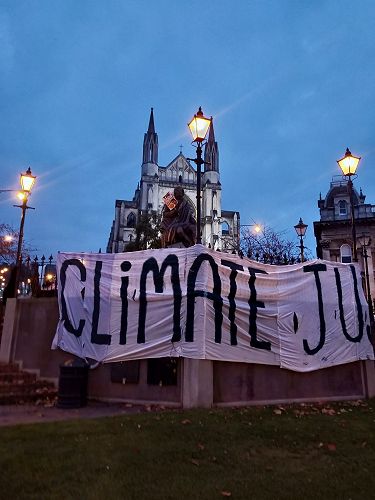 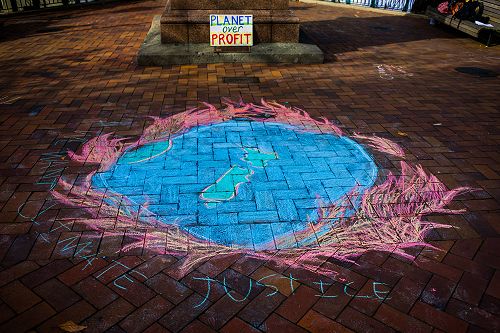