Andrew has played in the National Youth League this year and on Sunday had his first game against the Wellington Pheonix Reserves. Southern United won the game 4-0.

We are really proud of Andrew. He is the third Kavanagh student to play in the Men's National League team while still at school. We are also incredibly proud of Tim McLennan a Kavanagh ex pupil who is a member of this team. 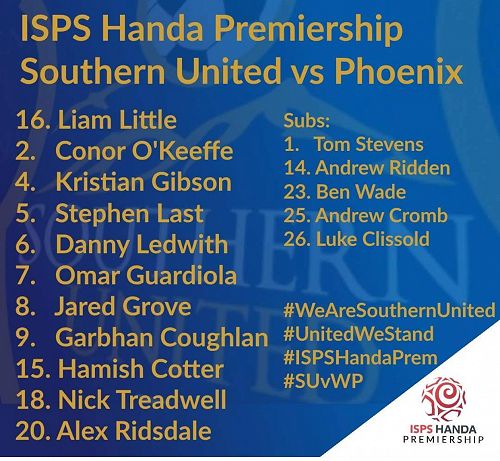