Six teams from the two classes competed for the Championship of Year 11 PE in Touch Gridiron last week.  The teams played five games and a playoff game at the Oval.  The game is played on a Touch field with modified rules from American Football.  The focus of the module is on developing interpersonal skills in a team environment.  The Crispz came out overall winners - Gabe Gallagher (Coach), Bella Wadsworth (Captain), Emily Kerr-Bell (manager), Shea Webb and Jacob Tutaki.  Well done to all players for a  very successful day. 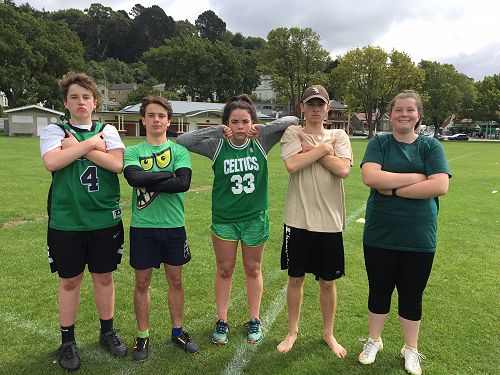