Michael Louw-Young has been a member of the Otago Darts Club for just under a year. She plays friendly competition every week in the Junior section. In March she was selected to play as one of three Otago players in the Junior National Tournament which is being held during the July School holidays in Whangarei. Recently, she was also selected as an Otago Rep in the Women's and Mixed Pairs division. She had her first meet against Southland on Saturday 23rd June, where Otago won convincingly.

Michael is a Year 8 student who also plays netball for Kavanagh  and is fully involved in the Dunedin Age Group Netball development programme too. 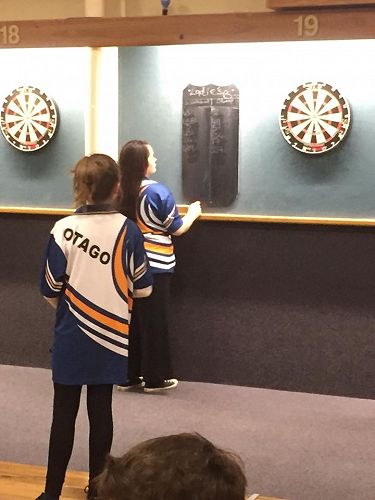