Professor Matisoo-Smith is a Professor of Biological Anthropology. The Matisoo-Smith lab focuses primarily on identifying the origins of Pacific peoples and their commensal plants and animals in order to better understand the settlement, history and prehistory of the Pacific and New Zealand.

While speaking to a group of students in our lecture theatre, she made two short 20 minute video clips on tracing the origin of DNA from Africa to Aotearoa - how and when humans dispersed from Africa. This is being backed up by a long-term study called the National Geographic Genographic project which includes tracing the DNA of people from all over the world to show their ethnic mix based solely on DNA profiling - over 800 000 people have taken part so far. Whilst filming the short clips,  Mrs Thomson had a DNA sample taken so as to explore her ancestry.  We wait with anticipation to see the origin of her ancestry. 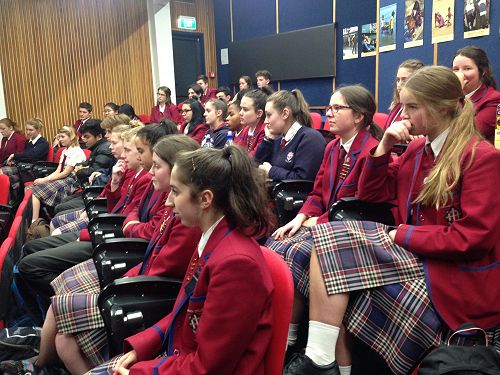