Over last weekend, our girls curling team competed in the South Island champs at the Dunedin Ice Stadium. The team made up of Grace Bishop (skip), Temika Bishop (3rd), Emily Armstrong (2nd) and Elizabeth Audas (Lead), played exceptionally well and went through the tournament undefeated.

After four of the six ends in the final against Maniototo (2016 National Champions) the score was level at 2 all. In the fifth end, after some great stones by Emily, Temika and Grace (after Elizabeth retired injured), Kavanagh secured 3 points and went on to win 1 point in the last end to win the final 6-2.The girls head off to Auckland during the upcoming school holidays to compete for the National title in Auckland.

Earlier this term Grace and her younger brother Jayden competed in the Mixed Doubles National Open in Naseby. They were the only two players to not be in the New Zealand or New Zealand U21 teams, but played outstanding, winning 2 of their 6 games against experienced international players. They were by far the youngest pair but made a great impression with their skill, accuracy, and tenacity. They had a number of very narrow losses. If they had of won just one more game, they would have been placed 3rd after the round robin and would have played in a playoff match against the second placed team to play for the gold medal. With the years that they have ahead, I am confident that much success lies ahead for them. 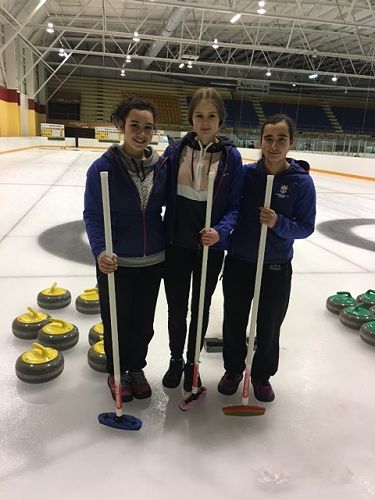