As the only Year 9 team to compete in the regional semi-final competition, Orla, Jemma and Amalie fought hard against Columba One with the motion being, " This house would make it compulsory for all school-aged children to be vaccinated." The Kavanagh team did an outstanding job in affirming the motion and definitely sustained a strong argument against this Year 10 team.  It was a close debate and the Kavanagh team narrowly lost.

Orla Kelly is to be commended for being acknowledged as the best speaker by two of the three adjudicators of the debate. She was also awarded as one of the top ten speakers of the whole competition.  The success does not stop there; Amalie, Orla and Luca Holloway represented Kavanagh College in the recent Bishop Shield competition where they placed first overall.  Orla gained the best speaker here, also.

The Kavanagh Debating Club is proud of this team's achievement and we are in high anticipation of where these young members are going as they grow with the club. 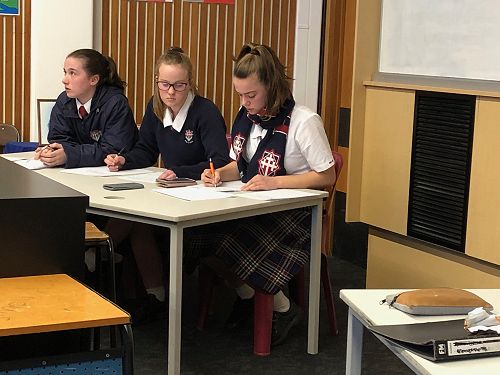