The Kavanagh girls team secured the National title for the third year in a row. In a hugely competitive draw, they played a total of seven games before the final. Maniototo were the favourites going into the final so the pressure was on. Two of their players are in the the NZ Under 21 team. The viewing gallery was full and often silent as the stones were thrown. At half time the girls were well ahead after securing five stones in the house on one sheet. A great finish for our Year 13 students, Temika, Grace and Elizabeth.

At the same time, the Kavanagh boys team was in the final against Maniototo. They were 3-3 with one sheet to play so it was a nail-biting finish. Maniototo won the gold and Kavanagh secured the silver medal. Jayden made some great shots which show-cased his world class status. Jayden Apuwai-Bishop captained the team which included Andrew Wilson and Ben Lucas.

A huge thank you to Lawrence Bishop for his superb coaching. He has worked tirelessly to get all players up to speed for the competition. 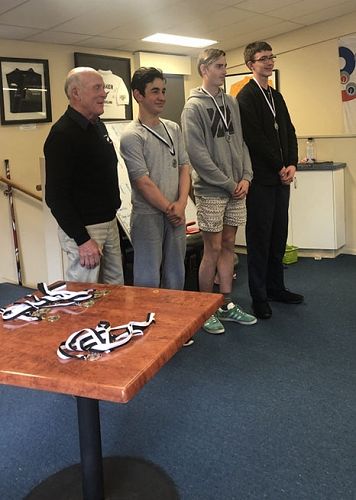