Last year Piata Rapata-Hanning wrote about why Māori women miss out with the Hongi for an NCEA internal and it was published in the Otago Daily Times in November of the same year.

She wrote about this because of experiences she had at pōwhiri over many years. This article was seen by journalist, Shilo Kino, who asked if she would be able to interview her for the TVNZ program Marae. On Wednesday the 26th of February Shilo Kino, director Cameron Bennett and cameraman Anthony flew from Auckland to interview Piata at her grandparents house and then came to school to film Kavanaghs Kapa Haka group perform Ka Waiata and the school haka to be included in her interview.

Below is the original piece of writing that Piata wrote that the extract was taken from for the Otago Daily Times.

Why Maori women miss out with hongi By Piata Rapata-Hanning

Another pōwhiri. Another twenty kisses on my cheek.

If you’re female and you’ve ever been to a pōwhiri you will know exactly what I’m talking about. If you haven’t, let me paint a picture to help you understand exactly where I'm coming from.

The formal speeches are over. Songs have been sung. Now it is time to take place in a tradition that is thousands of years old – Te Hongi (The Hongi). You take your place and move single file to finally meet those who have welcomed you. Men either side of you, everyone is smiling, the atmosphere is relaxed and welcoming. And then it happens … AGAIN!

So why am I worried, you ask? Let’s take a few minutes for a revisionist history lesson. Come on a journey with me back in time through our history.

Māori creation stories reinforce how the hongi came to exist. At the beginning of time, Tane Mahuta breathed life into the first woman, Hineahuone. From that time onward the exchange of breath between two individuals in the form of the hongi became a powerful symbol for Māori. It represents the sharing of air - a necessity for life. It symbolises two people joining together.

How so, I hear you ask? Isn’t it all about rubbing noses?

Well, you are 50% correct. The two people should touch foreheads and noses. Again, Māori belief is that the head is a sacred region of the body – it holds the brain that allows us to function. The hongi is also a symbol of sharing knowledge between two people.

My grandfather told me it is a spiritual connection between two people that lasts forever.

How could a kiss on the cheek compete? I thought. It takes all of two seconds!

For generations, Māori from all over our land understood its significance and importance. There were no gender biases. No accusations of inequality. It was tikanga (a formal rule) and everyone, I mean everyone, followed it.

Maori cultural practices in many instances evolved and changed because they had to.

During the colonisation of Aotearoa in the 19th century, Māori remained in their rural papakainga (homelands) but later on, poverty and unemployment saw 90% of Maori move to the cities between 1930 - 1970.

Māori abandoned the speaking of their language, religious beliefs and many cultural practices in an effort to ‘fit in’ to be ‘accepted’ in their new home. Some even changed their names from Māori to English just to get a job! I know because it happened to my grandfather. Karaka Rapata became Clark Roberts. Pakeha bosses couldn’t pronounce his name and he became tired of hearing them say it incorrectly, so he assimilated.

So what replaced all of the things many Māori left behind?

Some were obvious. For example, they chose to speak English and did not teach their children Te Reo Māori, believing that was not going to help them at school or get them a job. After all, Te Reo Māori did not become an official language in Aotearoa until 1987!

But some were not so obvious. Gender roles between Māori men and women began to change in the 19th century. Māori were influenced in this by the new arrivals from Great Britain and France. The first things to change were codes of dress. Missionary influence encouraged Māori to cover their bodies and to stop the ‘heathen practice’ of marking their skin with moko (traditional markings that conveyed the wearers’ ancestry and lineage).

This was in contrast to the social structure of Māori society which was matriarchal (female-dominated) YES! It’s true. In pre-colonial Māori society, the dominant whakapapa (ancestry) of an individual was taken from their mother’s lineage. Iwi (tribe) and Hapu (sub-tribe) leaders were both male and female. Gender equality in action!

We cannot underestimate the impact on Māori cultural practices of the experiences of the 19th century. Cultural messages are handed on through the generations. Not taught but experienced. Children copy what they see, and in this way adulthood behaviours, both positive and negative become norms.

And so it was with the case of the hongi.

Maori men changed their traditional practices such as hongi ki te wahine (hongi with women) as they became influenced by patriarchal behaviour.

How do we know this? Awesome Māori and Pakeha researchers such as Ngāhuia Awekotuku, Ranginui Walker, Anne Salmond and Judith Binney have all explored the history of changes in Māori society in their writings. Stories that tell us about what really happened in the Māori communities during the 19th and 20th centuries.

Many of us won’t have heard their names before. We don’t talk of these people in our classrooms or communities. But we should.

These are the writers who have helped me understand why I get twenty kisses on the cheek and not twenty hongi.

Knowledge is power and knowing the reasons why has helped me understand not only what is happening but why.

So I leave you all with this challenge. Take a good look at the cultural practices that are around you. It may be school process, family rituals or like me a customary practice. Don’t be scared to ask why and more importantly why not. After all, isn’t that the role of youth - to challenge the status quo.

I did it and I learnt so much more than I ever thought I would. 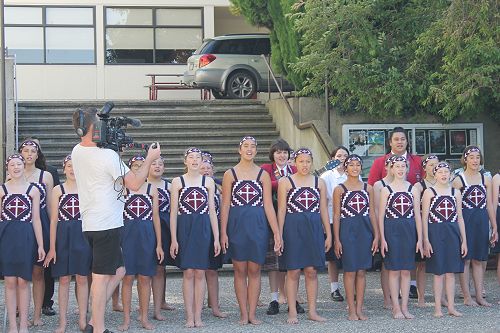 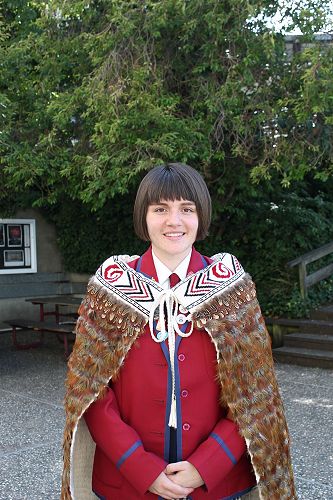 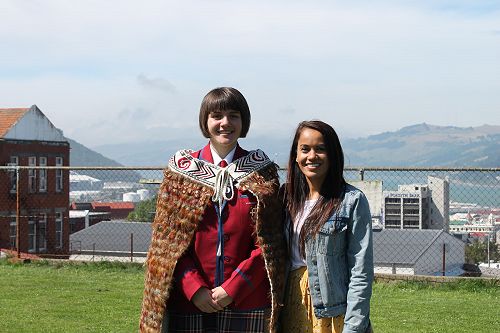