On the 12th of August, a group of Year 13 students, who are taking Earth and Space Science took a field trip exploring the Dunedin volcano.

Early in the morning, we arrived in Aramoana, and examined geologic features such as Aa lava flows, materials such as lapilli and almond bombs. We then ventured to Port Chalmers, and scampered up to the Organ Pipes outside of Port. The students were quite intrigued with the geometric regularity of the basaltic columns.

We drove to the peninsular side of the Otago harbour, finally reaching Allans Beach in the early afternoon, at low tide. The low tide allowed us to see spectacular dike formations, along the cliffed eastern section. I believe we even saw chilled margins.

We ended the day with a fabulous view of the Harbour, standing beneath The Soldier’s Monument, off Highcliff Road. 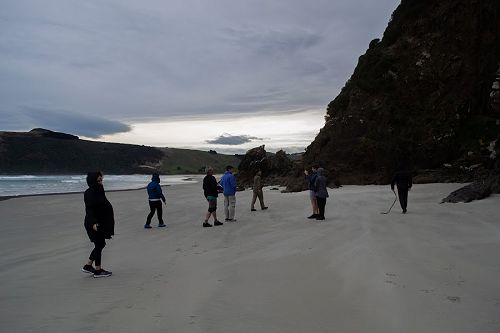 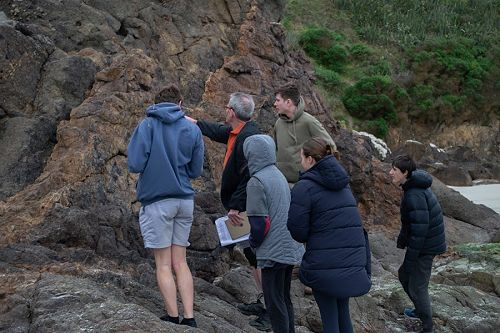 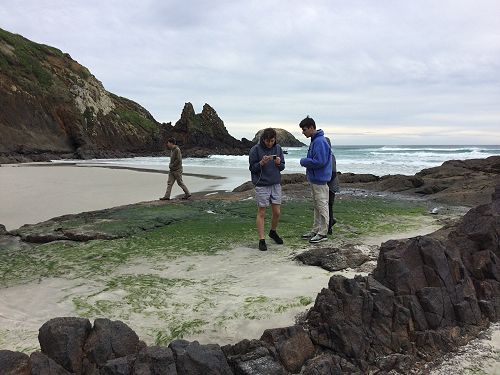 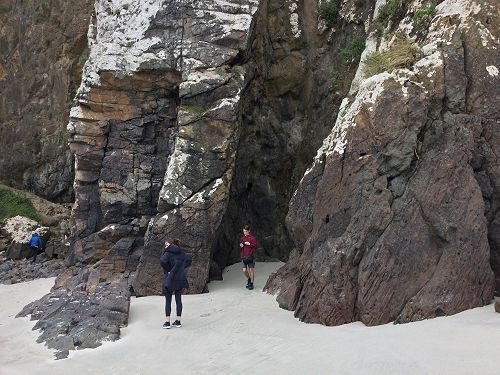 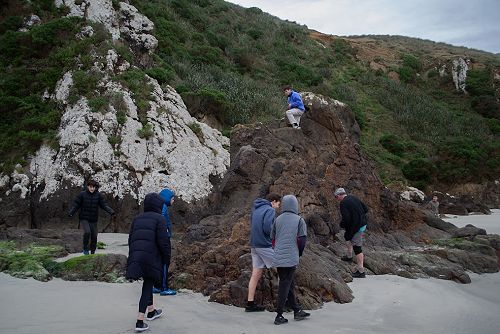